How To Answer The Question “Where Do Babies Come From? 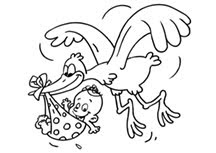 Apparently my explanation to my 4-year old daughter a few weeks ago didn’t resonate completely with her:

“My seed, otherwise know as ‘sperma’ or haploid with 23 chromosomes, and mommy’s egg, also with 23 chromosomes met in the mommy’s womb and formed a diploid cell and after it fertilized a zygote was formed, which is basically a baby, and now you’ll be a big sister in a few months. Now go clean your room, brush your teeth, be nice to mommy, and don’t forget to wash your hands after using the bathroom. I love you.”

Today my daughter told my wife how her baby brother got into her belly:

“You ate a baby seed and now you need to eat healthy food like pizza and blueberries to feed it.”

And then she went onto explain –

“Joe’s mommy’s both have veh-hina’s and was born from both of them at Target.”

And then continued with—

“Can we go see the Chipmunks Squeakquel again?”

To which I jumped in and answered –

“No!!”
One time was more than enough. I still can’t believe how bad that movie was…

Have your kids ever asked you the “Where do babies come from” question? If so, how did you answer?
Posted by Creative-Type Dad at 11:45 PM 21 comments: 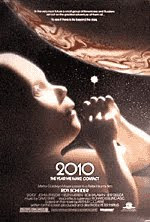 December is finally over.

In 4 short weeks we’ve been through my wife’s graduation, a week at Disney World, a long in-law visit, our car (2005 MINI cooper) engine dying out of nowhere, 2 more family members losing their homes, and then sudden passing of one of my oldest and closest friends’ grandmother.

It’s been a very tough month.

Thankfully 2009 ended on something to be cheerful about, we had our first ultrasound last week and we’re having a BOY! Everything seems to be there, in working order and he’s growing just fine and is on target for spring. We couldn’t be more thrilled to have a girl and a boy. Although it would have been a little nice to have a boy first when we were younger to catch up to him, but hey I’m not complaining.
Ultrasound visits are always surreal. There’s just no way to even explain that ecstatic feeling of seeing your baby for the first time - even though he’s in black and white and looks like on some 1950’s submarine radar screen – just getting that glimpse is amazing. And then they switch to that 4D mode and then you’d swear that you’re living in the future (like in 2001), seeing things so clearly that we could count his fingers and toes.

On the way home with our daughter in the back talking about all of things she’s going to share with her baby brother and how nice she’s going to be to him forever (yes, I should have recorded it) the wife and I talked about how it’s been nearly 5 years since we went through all of this new baby stuff and how much we’ve forgotten in that short amount of time. Just the thought of diapers, night feedings, taking the stroller everywhere, getting kicked in the groin by the Baby Bjorn rider, diaper bag being dragged all over the place, and my ultimate fear: potty training – that alone just scares me all over again.

But then again this time around I have real world experience with child #1. I have my parenting skills down unlike before where everything was by trial and error. Lots of errors but trying my best and I think she's turning out just fine. 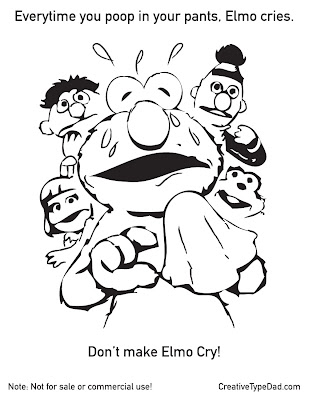 "Every time you poop in your pants, Elmo cries.
Don't make Elmo Cry!"
Posted by Creative-Type Dad at 12:30 AM 18 comments: