Getting Rid of a Family Member... 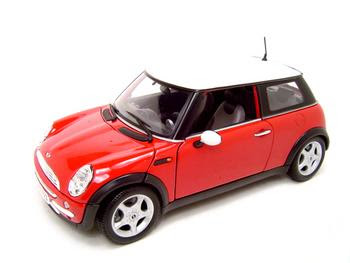 We didn’t actually get rid of a real human family member.

Although now that I think about it, there are a few in my family that I wouldn’t mind getting rid of... but that’s a topic I’ll save for some other day.

This weekend I got rid of my wife’s, and daughter’s beloved cute little red and white top MINI Cooper. After a storm of expensive repairs the past 6 months, including replacing the entire engine 4 months ago (at my wife’s request to “save” the car) the transmission was on the verge of falling out and possibly exploding into a million pieces.
When they told me how much it would cost to repair I turned and told the wife in a harsh but loving voice, “(woman) we’re getting rid of that car tonight, even if it’s the last thing I do!”

Then I growled. I think.

If you had seen the reactions of my wife and daughter, you’d think I told them I was shooting the family dog on the lawn during a birthday party and then drinking its blood for sheer sport.

Trust me, I was tempted after all of the money we've poured into it.

On our first dealer visit my daughter had tears in her eyes. And then she discovered the little buttons and “secret” compartments in the new cars. Then she was over the little red car, ready to move on and start stashing toys, candy, and crayons into those magical compartments.

The wife wasn’t so easy. The MINI was her car. She dreamed about it. She ordered it online just before we got pregnant, was given a production number through the dealer, and tracked its 6-month build progress in Oxford, England, and then tracked its boat ride all the way to California. Yes, it was a strange family car for nearly 5 years (I still remember the looks that we got taking an infant car seat out of it) but it all worked out just fine. And now I was the bad guy because the pieces that make it go are made out of Lego’s and bubblegum.

When the car dealer appraiser was looking at the MINI making small chitchat he asked my daughter pleasantly, “are you sad about your cute little car going away?”
Then she replied “yeah, but it’s always breaking so my daddy wants to get rid of it.”

On the second visit I made my wife and daughter stay in the car.
Posted by Creative-Type Dad at 11:30 PM 15 comments:

Help! My Wife is Pregnant and Nesting, Again 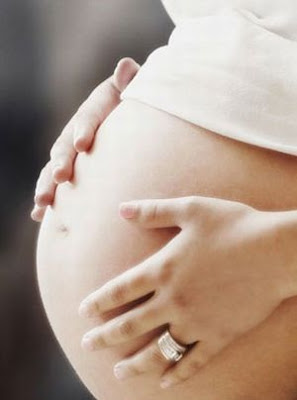 I can’t help but to feel a little bad for my wife, or any woman pregnant, “with child.”

At 30 weeks she’s saying the strangest things, “how did this happen?” Can’t walk into a store without the belly bumping into things “did they shrink these aisles??” “Where did that jar/display/kid/truck come from?” And I feel bad having her walk anywhere since she has to lean backwards to move and sort of waddle. I want to attach a little wheel to the belly to help her get around.

I mentioned that once joking and she didn’t talk to me for 2 days. It’s been so long since our first daughter was born that I forgot pregnant women don’t like to joke around.
Unless, of course, you’re accidently shot in the head for saying such things - then it’s funnier than Sandra Bullock with a southern accent.

The best thing for any loving husband, like myself, to do is just smile and say things like “yes” to just about everything and don’t question the weird “nesting” home improvement requests like tree removals, garage storage racks, painting the entire house, planting an orange tree, change the brakes on the car, and other irrelevant things.

Yup, I’m just taking it all in trying to enjoy the baby kicks, a glowing stunning wife, the ultrasounds, an eager 4-year-old that can’t wait to be a big sister, and the anticipation of going through whole birthing experience one more time. There really is nothing in the world that even comes close to the birth of your child.

Besides, I can always joke about the weird things she (we) did later.
Posted by Creative-Type Dad at 11:00 PM 15 comments: 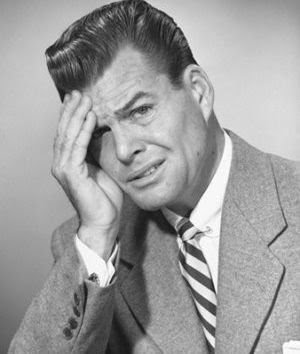 Some of the searches that end up here are getting stranger by the day.
Most of them are in the form of questions looking for help or expert advice. I find it odd that they end up here since the closest thing I have to a Ph.D is a DVD or BVD’s.

However, these people are looking for answers so I’m going to respond to them. Why? Because that’s just how I roll.

The Questions:
what is lionel richie doing this year for thanksgiving? – Let me ask. Spending it at Dollywood.
ideas for writing birthday invitations for a party at chuck e cheese – Start with “I’m so sorry but, this wasn’t my idea…”
why does my dad stay up late – To play Words with Friends on the iPhone. But not with Sci Fi Dad (because he cheats....!!)
why do we have butt cracks – Because they’re funny
do midgets have small poop – Let me check. Yes.
where can i get a monkey to perform at my daughters birthday party? -- In Thailand or Lancaster.
i drank my wife's breast milk yesterday – Hopefully because you ran out of regular milk and not because you like it and are just really weird.
my son doesn't have a date for prom? Put an ad on Craigslist
creative way to tell husband that you are expecting -- Don’t start it by saying “remember that business trip …”
when does a baby mullet grow? – At 5 months, start playing Michael Bolton songs. At 6 months start showing Macgyver reruns or visit Georgia.
wierdest thing about lionel ritchie -- If his mustache is ever removed, he loses all magical powers.
what is it called if you have an obsession with poop – Poopalicious.
my five year old who refuses to go to the potty! -- Take him/her back to the store for a refund.
i called poison control 4 times in one week what's going to happen to me – Protective services should be arriving at your door any minute.
why do little kids pick their noses – The same reason why old people do, because they're bored and have nothing to play with.
Posted by Creative-Type Dad at 9:45 PM 16 comments: