No Christmas for Chippy (The Squirrel) Because He’s Dead 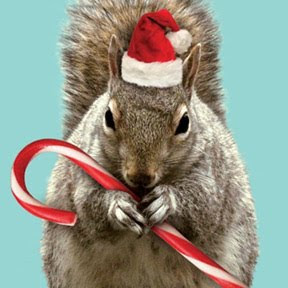 Santa doesn’t need to buy him a gift this year.

Ever since my daughter was around 2-years old we’ve both called every squirrel Chippy. It doesn’t matter where we are, it could be 1 mile or even 1,000 miles away from home they’re all Chippy.
Chippy’s been one lucky little adrenaline hound over the years pulling stunts like jumping long distances from tree to tree, teasing cats and dogs, running on electricity lines, or sprinting into streets without looking both ways first. When riding in the car if my daughter were to see a squirrel running into traffic would she would always yell out “Watch out Chippy!” and then look back to see if he was all right. There’s been a whole lot of close calls but Chippy always seemed to get away just fine.

While driving my daughter to school this morning Chippy decided to run down a tree in front of a large SUV, and just as my daughter yelled “Be careful…!” Chippy was moving in slow motion through the air, towards the front grill of my car.

Later, while hosing off the car in the driveway I had strange flashbacks of "the bunny incident" from 5 years ago. Difference is, that time my daughter was a baby and wasn't yelling ,“DIAL 911! DIAL 911!!” from the back seat and I wasn't explaining to her why squirrels don't have health insurance.


A Season of Giveaways!!
Continuing with the theme giveaways, this week’s is DISNEY TANGLED: The Video Game for Nintendo Wii (TM) from Disney Interactive Studios. 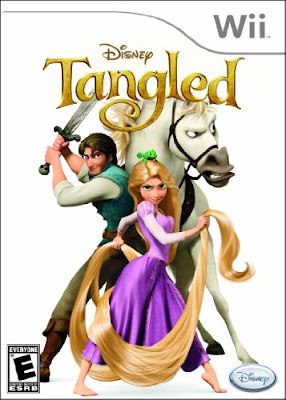 It’s a very fun action, puzzle, and collection game where you can play as either Rapunzel or Flynn Rider and from my own experience is appropriate for kids 5 and up. Once my daughter figured out the controls she was pretty much playing on her own most of the time.
Comment below with your email address or email me at the address above (U.S. residents only for this one) before 9PM Pacific December 13th – A winner will be chosen randomly. Good luck!
Posted by Creative-Type Dad at 11:45 PM 13 comments: