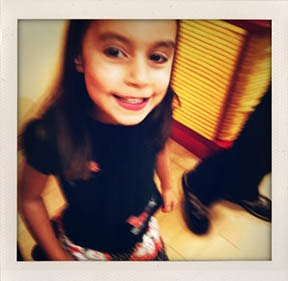 (It's that time of year! My annual letter to my daughter on her birthday...)

Happy 5th birthday Miss Bean! Or as you call yourself, “Sunshine Sparkles!” followed with hands in the air.
Where has the time gone? How can you be 5 already when it seems as if you were just born a year or two ago?

Your favorite things at this moment:

On the morning of your birthday I’m always going to remember the first thing you said to your mother and I while running into our room “when I was sleeping, I felt my body growing so I can be 5-years old!”
I’m going to miss the fun we had together at 4, but I’m looking forward to what new memories we’ll make together when your 5. 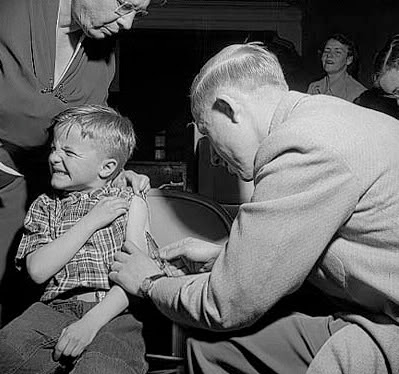 These last two weeks have been quite an emotional roller-coaster.

Not only did I not get to see my kids for nearly two weeks, and endure endless pain of burning boils all over my body including in my nose, ears, mouth and throat during the infection, but one major outcome of the Chicken Pox caused me to lose nearly 80% of my hearing.

Those days had to be the most frightening experience in my life. Losing the ability to hear is something I hope nobody ever has to encounter.

Thankfully with a persistent doctor, some (painful) treatments, and medication I was able to finally get most of it back just a few days ago. The only problems remaining are some equilibrium issues, irritation of the ears, and some liver issues, which I’m now told should likely mend in a few weeks.

And I still have some weird red spots on my face that make me look a little “zombie-like” that aren’t fading as fast as I’d like, but I’m not bothered about that as much as I’m extremely thankful to not have burning boils (adult pox burn, they don’t itch) and have gotten most of my hearing back.

So a reminder for those who have never had Chicken Pox, please go get the varicella vaccine. As an adult gets older Chicken Pox can cause a whole host of complications including hearing loss, respiratory problems, bacterial skin rash, internal organ problems, inflammation of the brain, and even death. In pregnant women it can cause some serious birth defects.

I’ve spent a lot of time talking to my doctor, an ID (infectious disease) specialist, and the doctors at the ER and I’m completely convinced vaccinations are a necessary bit for preventing life-threatening diseases. In fact, I just recently received some re-vaccinations and boosters after getting some blood work done to determine which ones I needed, as like most people, I haven’t had anything since I was a young kid nearly 30 years ago. Some vaccinations need to be updated every 10-20 years.

I finally returned to work 3 days ago after being out for over 3 weeks, with some red spots remaining, and got into a heated argument with a woman who just refuses to vaccinate her children – 4 and 7 – because she thinks they cause autism even though study, after study, after study, disproves that, but yet there are parents like her out there that continue to believe that.

I told her that I felt sorry for her kids.

One fact that the ID specialist said to me that stuck in my head was that in 1900 the average age of death in the U.S. was 47 and 30% of infants died before reaching their 1st birthday (ref). Imagine having a baby and knowing there's a 30% chance that he/she may die within the first year? And did you know a lot of people didn't even name their child until after their first year? (ref.) Frightening stuff.
Control of infectious diseases is a huge achievement and shouldn’t be taken for granted.
Posted by Creative-Type Dad at 10:49 PM 21 comments: