Doodle Pages For Grown-Ups and Kids That Can’t Read 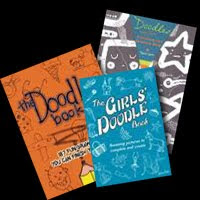 What started out as a great idea earlier in the summer has suddenly become quite a chore.

My daughter has a collection of those so-called “Doodle Books”, you know the ones with those half drawn pictures that ask you to draw everything from food to how many teeth a hockey player has left in his mouth.
These books have definitely run their course through my house. I’m now to the point of creating my very own… 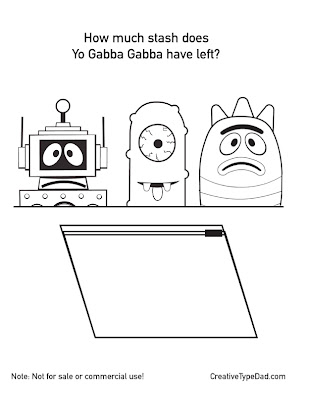 "How much stash does Yo Gabba Gabba have left?" 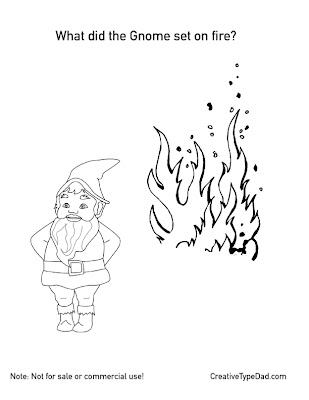 "What did the Gnome set on fire?" 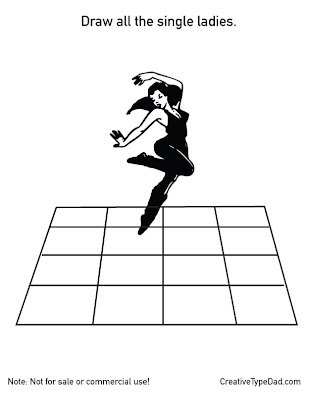 "Draw all the single ladies" 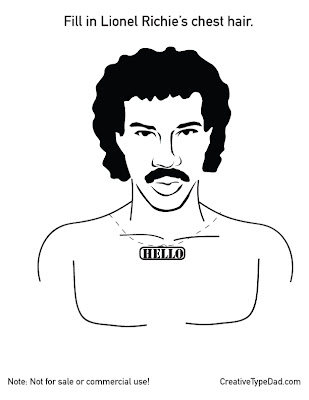 "Fill in Lionel Richie's Chest hair"
Posted by Creative-Type Dad at 12:30 AM 19 comments: 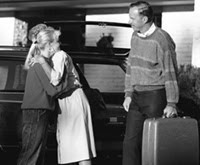 Now that summer is sadly over, about half the kids in my daughter's preschool have gone off to the great "Kindergarten."

I put it in quotes because from what my daughter has been telling me, it really has changed a lot from the days when I was a kid.

Daughter: Reece's last day was today...he's going to KINDERGARTEN in Antarctica!
Me: Really? Antarctica
Daughter: YES! And his mommy and daddy buyed him a new car when he turned 5 and got married to Melena. She's going to KINDERGARTEN too!
Me: Wow, Kindergarten, married, and a new car. At least they can get the married rate on their car insurance.

Daughter: I don't know what that means.

Daughter (continued): When I go to KINDERGARTEN, can I go to THE MOON!?
Me: Sure, but only if you promise not to get married right out of preschool or move-in with a boyfriend, or ask for money, and call your mother at least once a week.

Daughter: I don't know what that means.
Posted by Creative-Type Dad at 12:45 PM 13 comments: