Ronald McDonald Is Evil and Has Bad Taste In Music Too 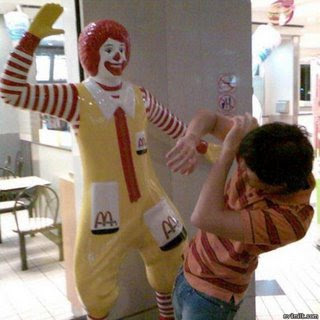 I told my daughter McDonald's burned down – all over the place - and that we can never go there again.
Why? Because of the Kidz Bop CD’s they were giving out with the Happy Meals.

For the last 9 months after her Ballet class I’ve always taken her to the nearby McDonald's for dinner. Its become our little once a week tradition that we both look forward to.
Sitting there almost feels like we’re in an 80’s commercial: a 3-year-old dressed in her Ballet clothes with Dad across the table usually instructing her how the Happy Meal toy works.
But this day was different; she got a Kidz Bop CD and asked to play it in the car.

That was one long drive home…

Why has no one given me a proper warning me about this? The CD label should at least have a warning label on it that says, “WARNING: KIDZ SINGING ON THIS CD HAVE ABSOLUTELY NO MUSICAL TALENT WHATSOEVER.”

I stopped the CD at the Kidz version of “Funkytown”, which by the way is an alteration Lipps, Inc probably never intended, and told my daughter that the CD broke.

“It’s like a sticker, you can only use it once” and then changed the subject.

Later, I threw it in the recycling bin hoping they could melt in into something useful like Wii’s, iPhones, flying cars, or better yet Happy Meal Lego toys. Until then, I have a 3-year-old that won’t stop asking when I’m taking her to Funkytown.

Has anybody else encountered bad kids music? Have you discovered "good" kids music? Or does that even exist...?

“What I Want To Be When I Grow Up” 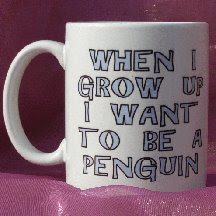 No, this isn’t my list. I already know what I want to be when I grow up: Mr. T. Or a king/dictator/emperor of a small island in the pacific with a KFC franchise.

The weekend was fun as it was just my daughter and I while the wife was busy at some workshop for her MBA program. We spent most of the time drawing, painting, swimming, playing video games, and watching movies – we FINALLY saw that Monster’s Vs Aliens movie in 3D. I was disappointed as it was totally overrated. When the credits rolled my daughter turned to me and said in a serious voice “the monster movie wasn’t that good.”
Happy to know she has good taste. Well, not that good since she still likes that ‘Kidz Bops’ music.

Generally I’ll get an unfavorable stare.

Some of the conversations with my daughter can get pretty interesting because usually she’ll have an answer and opinion for just about everything from her 3-year old point of view. Celebrities (Oso, Elmo, and Hannah Montana all wear too much makeup), politics (Princesses just need to keep dancing on the Earth), the housing crisis (make them all pink) and yesterday she spent most of the day telling me what she wants to be when she grows up. Here are a few:

Truck (Pink, but can sometimes be Purple)
Butterfly
Order taking lady at Wendy’s
Princess Ariel
Duck (Pink one)
A mountain with clouds
A nice bumblebee with a pink truck
Souplantation
Fairy with a sparkly elevator
Kitty cat haircutter and doctor
Ballerina that can fly with a wand
Unicorn with a pink truck
Guacamole

In my view, she can be anything she wants to be. Except maybe guacamole.
Posted by Creative-Type Dad at 11:00 PM 20 comments:

Email ThisBlogThis!Share to TwitterShare to FacebookShare to Pinterest
Labels: Careers, Grow Up, Preschool

Back From Paris and Oprah Buys Me KFC 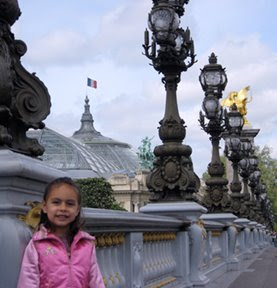 It’s strange how much the world can change in just a few weeks since we’ve been gone. And huge things too like the worldwide swine flu epidemic and Oprah’s KFC scandal.

Our last week in Paris was fantastic. The weather was in the 60’s mostly sunny with no rain, and days were spent walking, visiting parks picnicking while my daughter enjoyed huge playgrounds (most with entrance fee’s - even for the swings!), carousels, sailboats in large fountains, and sometimes uncomfortably violent preschool puppet shows.
The French puppet shows always involved a popular character named Guignol chasing somebody with an axe or beating anybody over the head with a broom. When he starts at it the kids, and a few adults, would all stand up and start yelling (in French) things like, “Go Guignol!”, “Beat him! Beat him!”, “Make him firewood!!”
It totally brought back memories of my birthday party piñata experience (link here.)

The other great part of the trip was my daughter making friends with kids on the playgrounds (both English and non-English speakers) and the wife and I making small chat with the parents. They had some thoughts on the Guignol shows too -- predominantly that the shows have been toned down.

I guess he use to set others on fire...? That would definitely explain the “Make him firewood!” screams.

For those interested I’ll be posting on my review blog “Traveling to Paris with Young Kids” recommendations sometime next week. 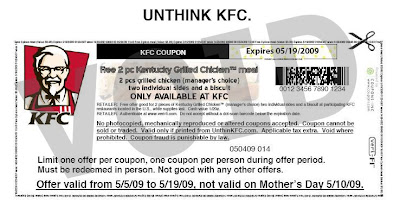 What was KFC thinking?

Of course billions of people are going to run in trying to redeem their free coupon.

I don’t know who came up with that promotion idea, but they should be fired and their portion of Kentucky Grilled Chicken should be sent to me.

What perfect timing for Father's Day ... 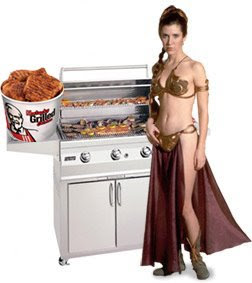 Posted by Creative-Type Dad at 6:45 AM 7 comments: