The Kids Grow Up...Way Too Fast 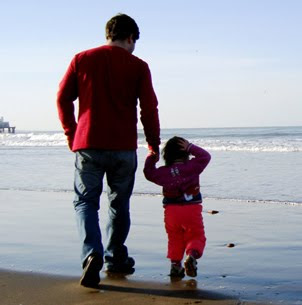 I’m not sure exactly when it happened…

Maybe it was on the way home from my daughter’s ballet class last week after the teacher praised her advancement within the last few months, or maybe it was that one discussion we had at dinner about she being ready for a sleepover at one of her best friends’ house. Or maybe it happened when I was watching her in awe as she proudly performed in the school talent show last weekend in front of the entire school. Or maybe it was simply when I was backing up my entire iPhoto library scanning my daughter’s last 5 years - seeing every smile and funny face - that I finally realized that my little girl is no longer that little baby, or that attached toddler, or even that somewhat autonomous preschooler anymore.

She’s growing up way too fast and it’s downright depressing.

What made it more evident was seeing a documentary this past week called, “The Kids Grow Up” (more here) about a Dad documenting his daughters' life from the toddler years to just before college. In the film the Dad does a series of interviews with his daughter at various milestones usually at some very insightful moment. It felt strangely familiar and almost uncomfortable watching her life breeze by in a mere 90 minutes. It almost felt too close to reality and that was a bit disheartening.

Then my daughter runs up to me today out of breathe and says that she and her 5-month old baby brother were playing “hide and seek.” He was counting to 100 and was going to use his dragon to find her.

It’s those odd moments which make me look forward to what’s in store these coming years.
Posted by Creative-Type Dad at 11:00 PM 7 comments:

Email ThisBlogThis!Share to TwitterShare to FacebookShare to Pinterest
Labels: Growing Up, The Kids Grow Up 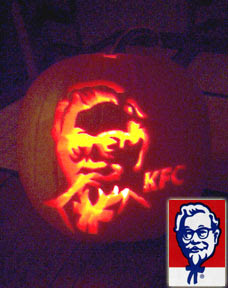 My obsession with pumpkin carving started a few years ago when I created a masterpiece of a pumpkin featuring the one and only great American inventor of delicious fried chicken, Colonel Sanders. Every year I’ve tried to outdo myself but have never really come close.

Below are the stencils I’ve created this year for all to enjoy. One is a request by my 5-year old daughter - can you guess which one? 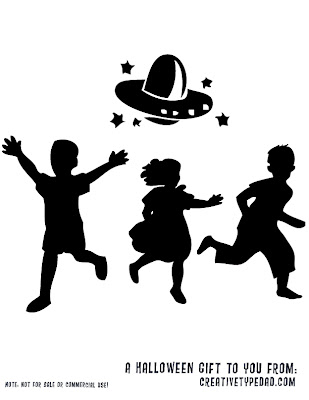 Guitar Player Smashing a Guitar (In case you were wondering, he’s about to smash that pumpkin with his guitar.) 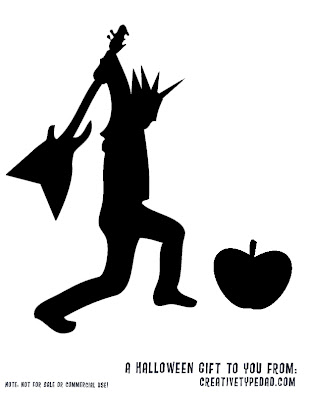 Abe Lincoln Vampire Hunter (I read the very entertaining historical book over the summer and found it fitting for Halloween.) 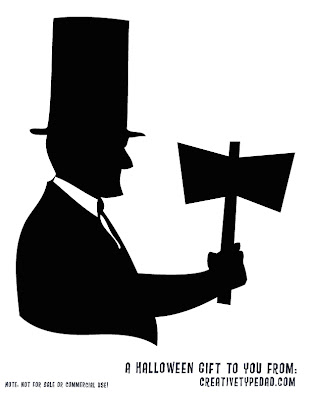 Unicorn Pegasus (Add a double-rainbow for a truly magical experience.) 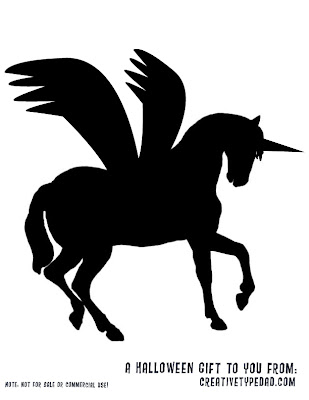 Prior years stencils can be found here and here.

These stencils are free to use, but please don’t redistribute. Also for those looking for a good carving kit, I completely recommend using a Pumpkin Masters set. Go pick one up from one of those dollar stores.

Happy Carving!
Posted by Creative-Type Dad at 12:10 AM 10 comments: