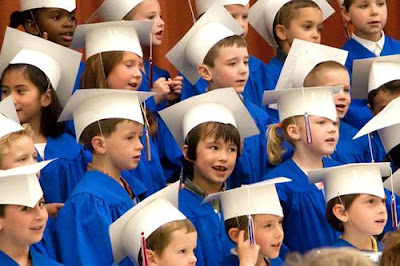 Our babysitter of the last 5 years is going off to college this week. It’s strange because in some odd way it feels as if my own kid is going off to school; we’ve known her and her family for years.

My daughter was pretty upset about it for a few weeks but finally moved into the “acceptance” phase when she created some artwork for our college-bound sitter this past weekend for her to display in her new dorm room.
I wished I had taken a picture of it, as I do with most of her artwork, but it’s basically a picture of a dolphin with an ice cream cone waving with its friends saying, “See you at Thanksgiving!” And they’re all wearing pink pilgrim hats and necklaces.
The dolphin is supposed to be a self-portrait as my daughter is still planning on becoming a dolphin when she grows up. In fact, when I ask her what college has a dolphin major she just answers matter-of-factually with, “(duh!) Any college in Hawaii.”

At our sitters going away to college party with a few of her friends and family, the adults started talking about how strange it is that these kids were all born in 1992, which is a bit disturbing because that doesn’t seem that long ago at all.
In fact, I still have perfectly usable clothes in my closet that are from circa 1992. My wife might find the term “usable” debatable, but I beg to differ.

This time of year I always find that the annual Beliot Mindset list highly informative. Basically that’s the yearly list reminding adults how young these kids actually are and how old we have gotten in such a short amount of time. Here are some interesting tidbits from it, with of course some of my own commentary added here and there.

What other things can you think of?
Posted by Creative-Type Dad at 6:00 AM 8 comments: 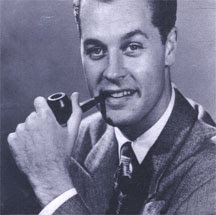 It’s been 5 years since this blog was created. As I write this everything around me is reminiscent of those first days: I’m up late at night right as my now nearly 3-month-old son won’t fall asleep and wondering if he’ll ever understand that nighttime is for sleeping. I’ve seen some pretty scary diapers tonight that would make any grown-man cry and I’m now beginning to wonder if he’s been sneaking in chilidogs and beers between breast feedings.
Unlike those earlier days, this time around I do feel a little wiser, confidant, and more experienced with some idea of the road ahead.

When I began this blog it was filled with random thoughts of things I ran into on the Internet, but it quickly evolved as my now 5-year-old daughter began to grow. Then it turned into tidbits of my excursion through parenthood. Now that my daughter is starting to read and seems to be picking it up pretty quick, I’m now faced with that question that other fellow parent bloggers have contemplated over the years, “how long do I keep this up?”

Since Twitter and Facebook updates seem to have now taken over with their quirky sometimes-impersonal one-liners blogs overall seem to be on a downward trend. I’ve considered moving this blog to those formats but overwhelming still prefer my anonymous presence on those things instead. I do enjoy Facebook games; I don’t enjoy the drama of old acquaintances contacting me, knowing about the personal lives of co-workers and family, and especially using broad “status updates” instead of one-on-one interactions as a legitimate replacement for building friendships.
I still have a feeling Twitter and Facebook will lose their novelty within another few years and something else will eventually replace them.
I know things aren’t the same as they once were when I started or even two years ago, but I do feel an obligation to write something about my son’s journey as I did my daughters. If anything, a blog is still a good way to journal those experiences.

Some favorite posts throughout the years: