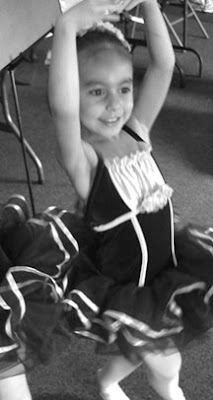 There are certain first moments I’m going to remember about my daughter forever: the day she was born in a tub, her first word (which by the way was “dada”), the day she took her first real walking steps, the first birthday party with the Elvis impersonator, the first day of preschool, and now I can add her first ever ballet recital to the list.

A full 3 and a half hour extravaganza (not including intermission.)

I can’t honestly think of another moment that I was more anxious about. Well except maybe her actual birth, and that late-to-the party Elvis impersonator comes to mind too.
While waiting and anticipating her moment on stage, there was plenty of time to reflect on my little girl who was just a baby not so long ago. Thinking about how weird it was that she’s nearly 4 and how quick she’s growing up. Wondering if she’s paid attention in ballet this past year - especially the last 4 months dancing to the same routine. Hoping that she did her best and wasn’t that ‘one’ ballerina that I’ve heard so much about that gets stage-fright and runs off stage crying.
A million other things were running through my mind by the 3rd hour including why they still teach kids “Tap”, what college or preferably Art School she'll end up going to, and why that Lionel Richie song still haunts me at the most awkward times.

When the curtain closed on the hip-hop kids wearing bedazzled MC hammer clothes and opened for the 92nd time, the noise of “oohs” and “ahh’s” filled the auditorium and I found myself standing up nearly yelling “that’s ma’ little ballerina girl!” clapping and hooting like she just scored a basketball home run, goalie, Stanley steamer (or whatever it is they call it these days.)
I guess that’s what it feels like to be a proud parent – in a Tony Danza sort of way.

My wife, of course, sat beside me with a huge smile and tears. My eyes watered a little, just because I was laughing at how cute she looked, and how the short performance looked more like a routine out of the Muppet show -- funny little legs moving around unsynchronized; each ballerina looking at each other not entirely sure of what to do next, frilly little costumes bumping into each other.
At the end of the routine they all gave their little bows. The same bow she’s been practicing for weeks and “had to show me” once more to make sure it was perfect before she kissed me, yelled “bye Dad!” and ran backstage.

Then that crazy Lionel Richie song popped in my head once more. 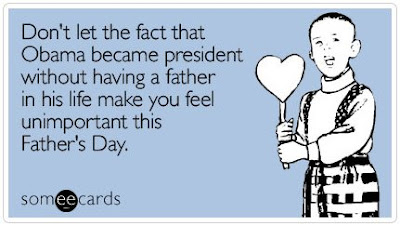 Why do people hate Father’s? The TV, Stores, Magazines, Organizations, Advertisers, America, Cats -- just about everybody.

It’s not difficult to notice that for Mother’s Day the entire month of May is devoted to ‘Mom’. There are pastel posters everywhere with all kinds of slogans, special commercials with fancy jingles, charity walks with celebrities raising money for all kinds of women causes. And who can escape the ads for gift suggestions:
In comparison some of ads I’ve seen for Father’s Day gift suggestions this year:
Huh?

Maybe by the end of the week they’ll be suggesting things like gas cards as the perfect Father’s Day gift.

It really is much simpler than that – I would be perfectly happy going on a family outing to my favorite eating place, taking a long uninterrupted nap, and getting some hand-made art that I can hang up at work with a note saying that if she becomes the first woman president it's all because of me.
And if I happen to get a floating waterproof table tennis, or a beer holster - that would be nice too. 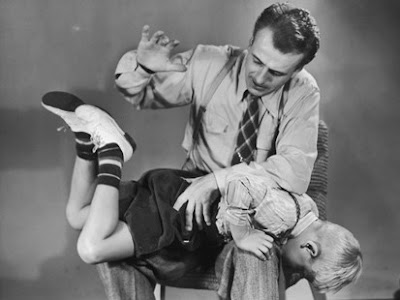 Most people think it is improper to spank children, so I have tried other methods to control my kid when he has one of those moments.

One that I found effective is for me to just take him for a car ride and talk.

Some say it's the vibration from the car, others say it's the time away from any distractions such as TV, Video Games, Computer, IPod, etc.

Either way, my kid usually calms down and stops misbehaving after our car ride together. Eye to eye contact helps a lot too.

I've included a photo below of one of my sessions with my son, in case you would like to use the technique. 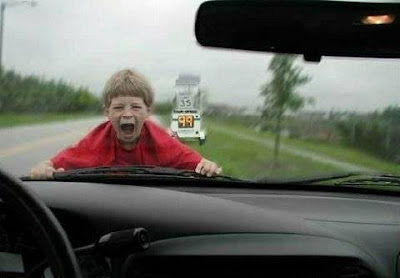 Source: I have no idea who wrote this as it was forwarded to me.