The Most Random And Questionable Halloween Costumes… 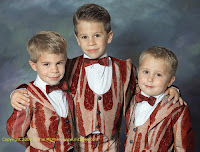 Now that Halloween is getting closer, we finally broke down and took the kids costume shopping.

My son is pretty easy; any superhero character for him is fine. In fact, most of his pajamas are some type of superhero costume complete with capes and all. I can honestly say that the kid has been ready for Halloween for the last 6 months.
We ultimately settled on “The Hulk”, primarily because he likes to punch and destroy things and I think green muscles on a 2-year old is pretty funny.

And as a bonus, it’ll make good pajamas for him until Thanksgiving.

As for my daughter, that task was much more difficult as she doesn’t want to wear anything that even resembles a Princess or what could be portrayed as a ‘baby’ character. What a difference a year or two makes.
And what makes it even more difficult, as I’ve mentioned in the past, girl costumes can be pretty borderline with being too adult.

In our search of constant “No’s” and “I don’t think so's”, I couldn't help but to notice a costume trend going on this year -- extremely strange costumes that had me saying to myself, “Seriously??" 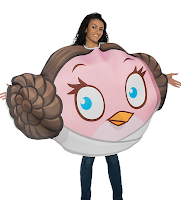 "Girls Oscar the Grouch" - is she suppose to be trash or eaten...? 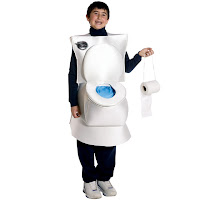 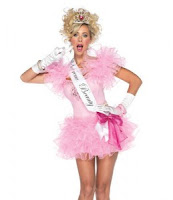 "Kid Pageant Dress"
I guess one could accessorize this with a Mountain Dew/Red Bull and be Honey Boo Boo...
Posted by Creative-Type Dad at 5:25 PM